"Darling, where are you?" may sound a bit catchy but it describes well what acoustic scene classification is about.

When interacting with mobile devices we expect relevant information to be presented with a minimum of input effort. What is relevant depends on the context in which we are acting.

One possibility for a device to identify the context is via geolocation information. But this information may not be available inside buildings. An alternative approach is the analysis of ambient noise.

For details on using a neural network for the classification task see here. 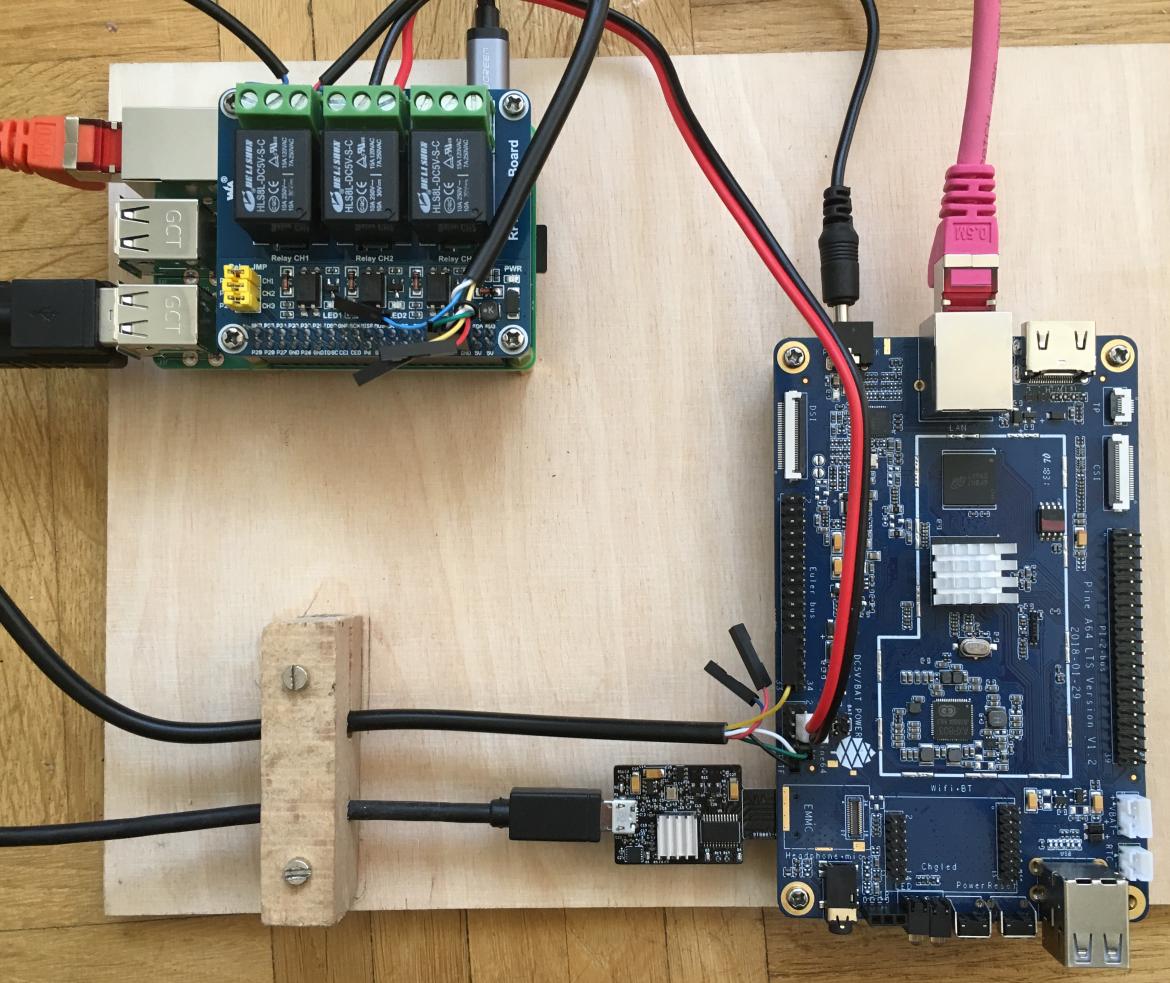 For switching the test system on and off a relay board (e.g. the Waveshare RPi relay board) can be used. Read more

iSCSI booting with U-Boot and iPXE

U-Boot has only a reduced set of supported network protocols. A major gap is the lack of a TCP stack.

For booting a diskless computer this leaves us with BOOTP or DHCP to get the address of a boot script. TFTP can be used to load the boot script and the operating system kernel and initial file system (initrd).

These protocols are insecure. The client cannot validate the authenticity of the contacted servers. And the server cannot verify the identity of the client.

The HTTPS protocol provides certificate based validation of servers. Sensitive data like passwords can be securely transmitted.

The iSCSI protocol is used for connecting storage attached networks. It provides mutual authentication using the CHAP protocol. It typically runs on a TCP transport.

Thus a better solution than DHCP/TFTP boot would be to load a boot script via HTTPS and to download any other files needed for booting via iSCSI.

An alternative to implementing these protocols in U-Boot is to use an existing software that can run on top of U-Boot. iPXE is the "swiss army knife" of network booting. It supports both HTTPS and iSCSI. It has a script engine for fine grained control of the boot process and can provide a command shell.

iPXE can be built as an EFI application (named snp.efi) which can be loaded and run by U-Boot. Read more

GLPK for Windows supplies Windows executables for the GLPK library.

GLPK for Java supplies a Java binding for the GLPK library.